What Happened When Facebook Employees Warned About Election Misinformation

From Gabby Petito to Tyga to ‘MAID’: ‘I don’t know how many moments we have to have before it matters’ 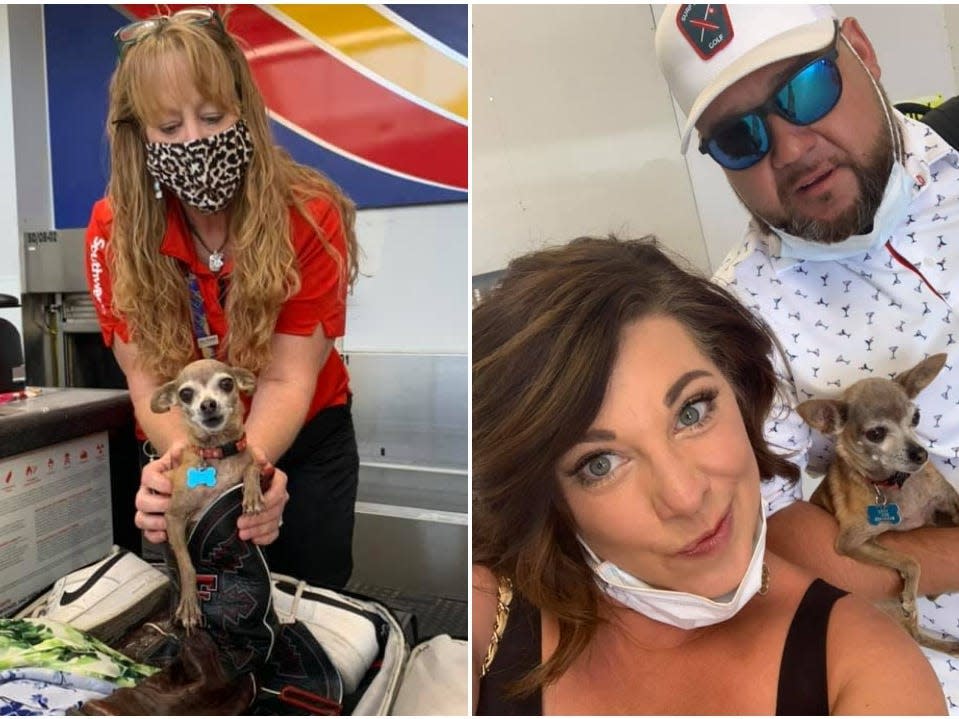 A Texas couple said they did not realize that their pet chihuahua was hiding in their suitcase until airline employees alerted them that the bag was too heavy.

In a post shared to Facebook on September 26, Jared Owens, 39, and his wife Kristi, 36, said that they were due to fly to Las Vegas when they were told their suitcase was roughly 6 pounds over the limit at the airport. They soon realized the reason was that their dog Icky had snuck into it.

Jared’s post received 360 reactions at the time of writing and was picked up by local TV station KCBD news. Since then, Icky’s adventure has been covered by outlets such as People, The Washington Post, and The Independent.

The couple told Insider they were trying to rearrange their luggage at Lubbock Preston Smith International Airport in Texas with the help of Cathy Cook, a Southwestern Airlines employee, when they discovered Icky in one of Jared’s cowboy boots.

“She didn’t make a peep, not one sound. We had no clue and as soon as we unzipped it, she just came crawling right out,” said Kristi.

“It was as though we woke her up and she was like, ‘What are y’all doing?'” added Jared.

The couple put the mishap down to the fact that Jared is a last-minute packer and said that before she escaped from their house, Icky was due to be looked after by Kristi’s mom alongside their two other dogs, a rabbit, a fish, and their two children, aged 4 and 8.

“I guess this little burrower just burrowed down in the bottom of it and we never had any clue,” said Jared.

They told Insider their dog has a “lazy” but “sweet-tempered” personality. “She’s just very calm and just wants to feel safe,” Kristi said.

Kristi also said their faces must have been “priceless” because their jaws dropped once they realized what had happened.

“My first thought was worrying they were going to think we were trying to smuggle the dog on there,” added Jared, who went on to say that Cook, who was assisting them, kindly offered to dog-sit for them while they were in Vegas.

The pair thanked Cook in their Facebook post for her “awesome customer service,” but told Insider that Jared has an uncle who lives nearby that came to collect Icky and return her to Kristi’s mom. “She was home safe sound and a half an hour later,” said Kristi, confirming that they did eventually make it to Vegas.

The couple said that the scene caused some check-in delays because the three teams of Southwestern employees stopped what they were doing to interact with Icky. “There were people looking at us like, ‘Thanks guys, we’re just trying to go travel,'” said Jared. “We halted their travel plans a little bit as we did with our own.”

A representative for Southwest Airlines confirmed the story and told Insider: “We thank our employee for showing the hospitality that Southwest is known for to everyone – even our four-legged friends!”

Read the original article on Insider

What Happened When Facebook Employees Warned About Election Misinformation

From Gabby Petito to Tyga to ‘MAID’: ‘I don’t know how many moments we have to have before it matters’